Despite Barber shops being closed due to the COVID-19 pandemic the Army has no plans on relaxing the grooming standards, especially hair regs.

In a town hall meeting on Tuesday Army Chief of Staff James McConville said Following the standard’s bare minimum requirements, and not “reading too much into” the regulation, should be enough to keep soldiers looking professionals and well-trimmed, said.

Michael Grinston, who is Sgt. Major of the Army, said during the town hall that soldiers should keep their grooming standards without "going overboard."

"Know what the standards are and maybe don't go overboard ... making sure it's extra close and high and tight," Grinston said in the Army Times. "The standard is neatly groomed. For males, when the hair is combed, it doesn't fall in the eyebrows [and] it's not in the ears. I know you're wanting more, but it's very clear what the regulations is."

Soldiers that are stationed in remote areas around the country and globe might be affected more by the regulations than those stationed at larger bases like Fort Lee, Virginia, and Fort Leonard Wood, Missouri, where the Army and Air Force Exchange Service barbershops have closed but have mobile AAFES barbers to help keep soldiers high and tight. 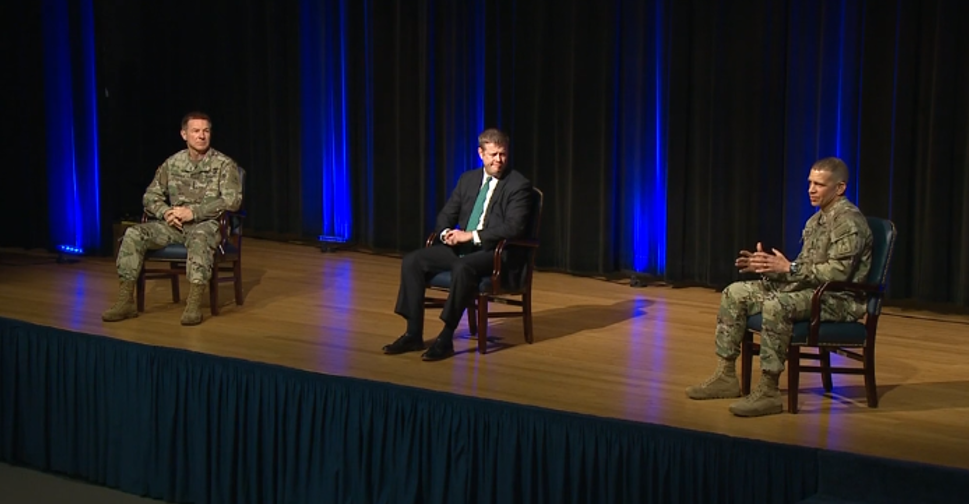